Cleopatras Mail: #6 – A Creator Story To Help You Deal With Politics In The Workplace

In 1981 an architectural Designer started a new job as a corporate architect to design buildings on the Oregon campus of a sports brand. Four years later someone within the company decided they could use his talent in a different way so he transitioned into shoe design.

Perhaps because he had an untraditional background, or perhaps as was just part of his character, he had a rebellious spirit and began doing his own stuff on the side of his main briefs:

“I began working on a renegade set of shoes that were not part of a design brief or marketing drive”.

He brought a developer on board to help turn this “renegade set” into a reality. The two of them disagreed on nuances of the shoes but were aligned on their potential. However as the Designs started progressing and gaining heat, the popularity of these two people within the brand, started seriously declining. The politics were whipping around them to the point where they were almost fired. The CEO had to step in and essentially ring-fence the pair saying they could finish and launch these shoes, but the success was on their heads.

“It was widely discussed that I had pushed it too far. People were trying to get us fired.”

Well that brand was Nike and the shoes were the first version of the Air Max; a sneaker series that has defined Nike and continues to be bought and developed 30years later. The Designer was Tinker Hatfield and his developer/partner-in-crime was Mark Parker, the current CEO of the brand.

Companies have politics and people won’t always agree with your perspective or approach. That doesn’t necessarily mean it’s wrong; you have to trust yourself and be prepared to back your ideas. Try not to let the politics or doubters take away form the main job you’re there to do. There are already plenty of people pleasers in the world and whilst an easier path, you’ll never reach your full potential by simply following suit.

“I make mistakes and I’m cool with that, so if I get to a point where I think it’s good, I let it ride… I have too much to do to get stuck on this one thing.” – Tinker Hatfield 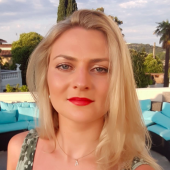 Lexy is a writer, DJ and marketing professional living in London. She is a gemini and a feminist who loves coffee and leather trousers. Instagram: @lexonthedecks

Why Successful People Are Telling You, It’s About The Process